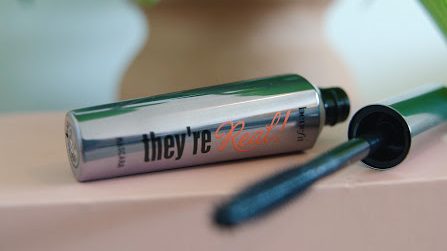 Your lashes are never going to look like the lashes in a mascara ad!

No matter what brand of mascara advertisement you are looking at, they all have the same perfect, un-clumped lashes, but it’s the fake eyelashes or fake lash inserts that make them look that way. This trick has been around since the 1980’s, as far as I know. Adding false eyelashes to make the girl in the ad have perfect, bountiful, un-clumped lashes is how makeup companies get us to buy their mascara products.

The history of mascara takes us back to Egypt in B.C. where the Egyptians used kohl mixed with water and honey to create mascara and used ivory and bone as the applicator. So much of our makeup history comes from Egypt – in future articles, we will visit more of what the Egyptians taught us related to cosmetics. It would have been amazing to see them create different looks!

Beautiful lashes are achievable though. The most important thing is that you need to pay attention to what your lashes need:

*Disclosure: Some of the links included in this post are affiliate links, meaning, at no additional cost to you, SoCal Moments will earn a commission if you click through and make a purchase.