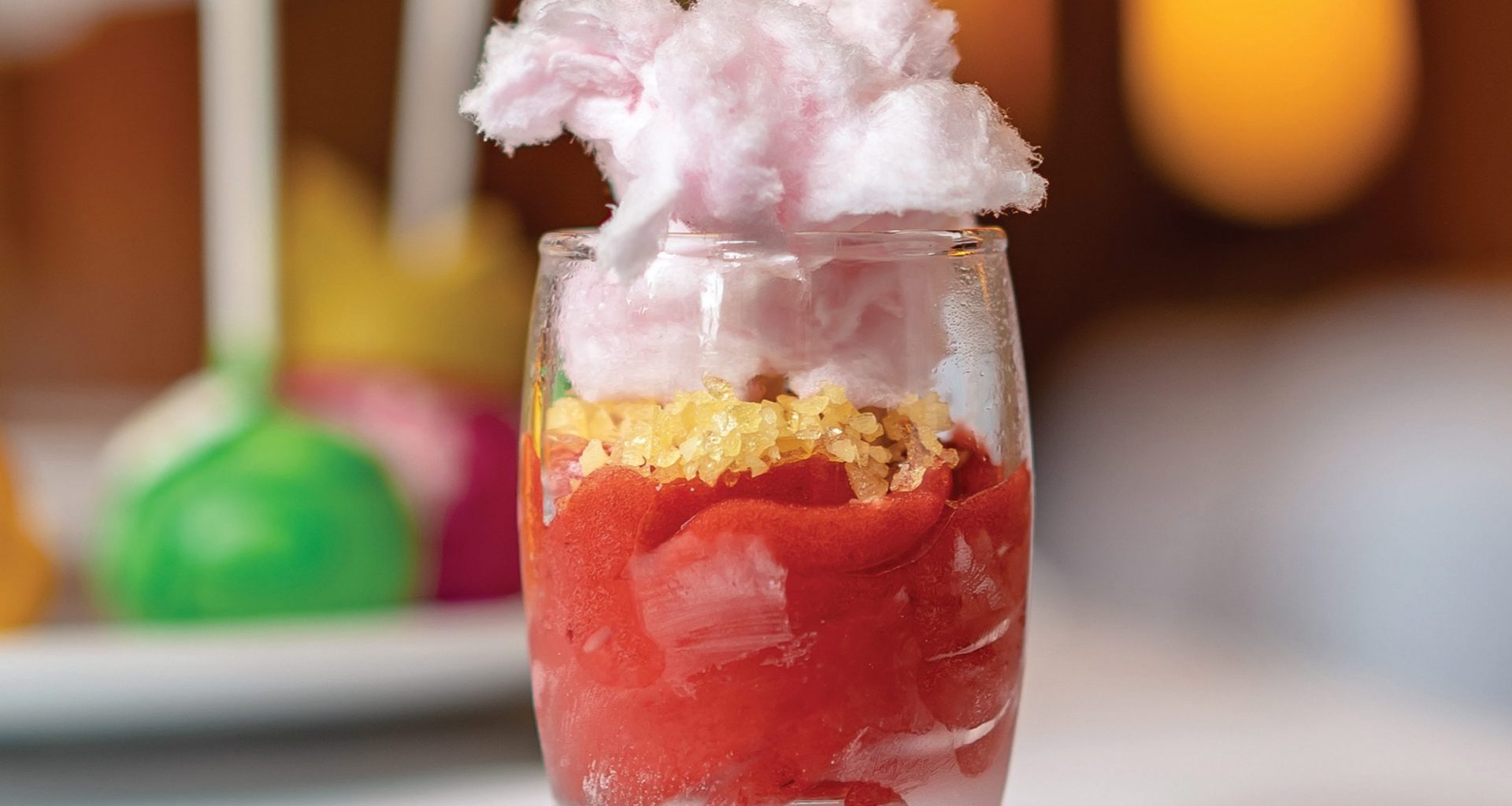 We remember the days (not too long ago) when going to amusement parks and other kid-friendly venues meant you were sentenced to a gastronomic gulag of soggy corn dogs and maybe some halfway decent french fries, if you were lucky. Thankfully the times are changing: The growing foodie culture in the county introduced by innovative chefs has reached even into kid corners. Now even our stadiums and theme parks boast soigné style. Here are three delicious ways to devour the summer with your kids.

Each spring Legends executive chef Robert Biebrich debuts new menu options at Angel Stadium. Biebrich is a stickler for the details. Even though he’s serving stadium food, it’s well curated and sourced as locally as possible. The potato buns for the Big A burger are the same ones served at Danny Meyer’s Shake Shack. The red velvet whoopie pie found at the Club Level Dessert Cart is an Americana classic. It oozes team spirit thanks to the cake’s bright red hue and gleaming white cream cheese frosting – signature Angels colors – dusted with powdered sugar.

For craft beer lovers, tackle the taps at Saint Archer Brewing Co. located on the Club Level. The pub-inspired fare is paired with draft beers and changes throughout the season. The Diamond Club rotates its menu each series and offers the best food in the park. This is where Biebrich hits his homers.

Don’t get us wrong. We love how kids love the county’s only indoor waterpark, Great Wolf Lodge. Through Labor Day it’s the ”Summer Camp-In” featuring barbecue “camp cuisine,” pool parties, breakfast sing-alongs with Wiley the Wolf and other lodge characters, and more. (This place is especially great for sleep-over birthday parties.)

But frankly our favorite part might be the unexpectedly fabulous menu choices offered up by executive chef Hany Ali, who came to the lodge from Four Seasons Newport Beach. He takes pride in his kitchen’s food-allergy awareness and is quick to offer options for those on a restricted diet. Choose between the civilized Wood Fired Grill restaurant or the Loose Moose Family Kitchen, depending on your mood. No meal will disappoint.

Parent bonus: an in-room adult wine and chocolate service to indulge in after the kids have finally collapsed. Hallelujah!