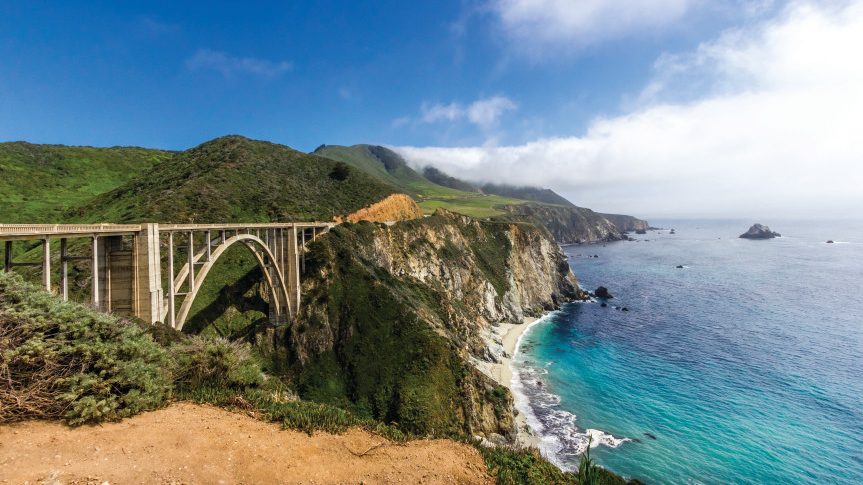 A road trip through California’s Coast for family bonding

We began our summer vacation trying to bore our children to death.

At least that’s what my 10-year-old son and my 14-year-old stepdaughter accused us of when my husband and I announced we’d be spending five days on a family road trip. The plan: Drive along Pacific Coast Highway, hit Monterey, move up through San Francisco and Marin County to settle in the remote seaside town of Bodega Bay on the Sonoma County coast.

Here’s the part that seemed murderous to the kids, besides spending time in close proximity to one another: No Xbox. No cell phones. No Tik Tok or Instagram or YouTube.

We would actually have to talk. to. each. other.

Easing their pain – and mine – was that we would be making the journey in a new Black Label Lincoln Navigator on loan from the company, a vehicle so comfortable, elegant and functional that we took to calling it the “land yacht.” This version had no built-in TV for passengers (yay) but did have seat massage functions that proved to be both a luxury for us drivers and a kind of entertainment for the kids. Our land yacht also featured 20 well-placed speakers on its Revel Ultima audio system, which, as it turns out, can be used as a parental torture device through Grapevine traffic, allowing for surround-sound blasting of the “Legally Blonde” soundtrack.

But then we hit the breathtaking beauty of Highway 1 toward Big Sur. What is the sound of a tween and a teen experiencing awe? Silence. Blessed silence.

We arrived at our first stop, the classically elegant Forbes four-star Monterey Plaza Hotel and Spa with unfailingly helpful staff, situated on the beach at the beginning of Cannery Row, a few walkable blocks from the famed Monterey Aquarium. (That’s a perfect place to send your husband and kids while you enjoy the services of the penthouse-level Vista Blue Spa. Just sayin’.)

Make sure to dine at the hotel’s Schooners Coastal Kitchen with its ocean views, specializing in local seafood so delicious even a picky 14-year-old girl will try and love the calamari. I was blown away by the cioppino, so excellent even snobby San Franciscans call it the best. And nature’s “dinnertime show” is not to be missed – the antics of dolphins, otters, pelicans, cormorants and a flaming sunset delighted us all.

An after-dinner stroll down Cannery Row allowed me to wax poetic on the work of John Steinbeck, at least until the kids’ eyes rolled up in their skulls and they threatened to pass out.

“Mom, quit using your teacher voice!” my son implored, and even my husband seemed bored. (Note to self: Do not cast your intellectual pearls before these swine.)

Back in the land yacht the next morning, we hit Highway 1 to wind through the dramatic landscape, traveling over the Golden Gate Bridge just as the sun lasered through the fog. There was that silence in the back seat again, the two of them struck dumb by the beauty of it all.

It is easy to forget just how untamed California still is, but winding through the wilderness of Mount Tamalpais and the expanse of Tomales Bay will give you that sense.

We arrived at Bodega Bay Lodge in time to hit the hot tubs overlooking the nature preserve wetlands, the fog like a cooling blanket over us. For the next days we would hike to the rugged beach and play spot-the-sand-dollars, compete at board games and laugh well into the evenings. I’d use the fact that Bodega Bay was where Alfred Hitchcock filmed “The Birds” as an excuse to talk about old Hollywood – and they would listen, at least for a while. We would dine at the lodge’s stellar Drakes Sonoma Coast, where executive chef Brendalee Vialpando brings the bounty of local farmlands and fishermen together for meals so exceptional even a 10-year-old wouldn’t think to ask for chicken nuggets.

Too soon, it seemed, we were in the land yacht speeding back to real life, where cell phones waited and children’s bickering would kick up again. But for now, something had shifted. Here, in this sense of togetherness and exploration, is the destination we had hoped for.